Be positive – Ya! Right. 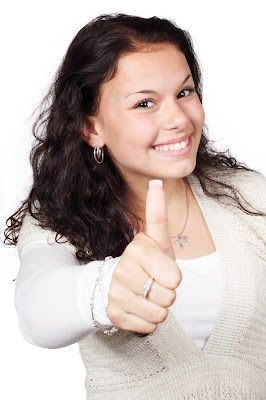 Happy thoughts! Happy thoughts! Happy thoughts! You hear them say. Be positive bro, think positive babe…it will all work out!
Like you, me too, was told just the same. So much so; that being positive seemed to be the new age mantra for being successful. I was a believer. I did just that…I sat positive, I walked positive, I talked positive. I thought positive. So much so that I was sure that my blood group B+ve was no longer just a coincidence.
And it was all hunky dory at first…I was positive and I got what I wanted. Then came a turn in my life when I set my eyes upon my dream job and as a bonus even met my dream man. As I set out singing my ‘don’t worry be happy’ song…one day; two days, ten days, 20 months rolled over into 10 years. Neither did I get my dream job nor did it work out with my dream man! Sigh! More like a nightmare. Then came the hard part…the part they don’t tell you much about.


The staying positive part!
It took many more years before I reconciled with my dreams and learned to dream again. Today; we life coaches, therapists and individuals in similar streams of work are often expected to have it all worked out, always with it, wise, together, and evolved. Am I? Yes, I am. Mostly. And that is solely because over the years I have different a skill set and other techniques which I use to get myself going rather than drown myself into self-sabotage. Yet, do I ALWAYS have it all worked out? Do I wake up each morning skipping with joy, smiling into the sun and singing to the birds? No! Not exactly; I have my days too. We all do.


These then are 3 ways which can help us along this journey of keeping the mind focused and aligned with positivity:

When you cannot stop from thinking negative.

When you’ve been faced with too many setbacks, back to back and see the glass half-empty rather than half full….say; ‘delete’ (or erase /backspace /rewind, whatever resonates with you)… and rephrase immediately. It’s time to declare a boycott. Take a stand. Start a revolution in your head by recognizing that the thought patterns you’re living with are not welcome. Stop them. Evict them. The point being that if cannot stop yourself BEFORE thinking negative. Stop yourself after.


You may be tempted to find this silly or childish. But don’t. Do it. Trust that there is unbelievable power in this recognition and in making the decision that something is no longer okay.
P.S. I repeat the word delete in my head… until I am mentally satisfied that it’s completely trashed. Carefully and positively re-frame/rephrase thereafter.
When you find it really hard to stay positive on your own.


Seek help. Seek inspiration. You may find it in reading a collection of quotes, in a song, in a book, in a blog, poem or an article, whatever motivates you. Latch onto that one thing which gives you just enough to help you hang in there for that one more day. Some may find that solace in prayer. Some in a bit of all. The brain cannot differentiate between the imaginary and the real. If you imagine positivity; it is very likely you will find the strength to bring it back in your reality.
P.S. I write and collect encouraging quotes.
When you feel you’ve hit rock bottom.


Often times all we need in order to pick ourselves back up again is empathy. Somebody who cares to hear our story, somebody who can be that shoulder to cry on; that hand you can hold; who’ll willingly lend you their spine. Reach out to that person today. Ask for help. It is not a sign of weakness but a show of strength. And for some reason if no one in your life currently fits that bill, reach out to a stranger. Someone with a fresh perspective, who doesn’t know all your baggage, who will just listen without judging. Nowadays, social media has put a new dimension to friendship and support groups – find one today. The emotional support of friendship leads to better health through positive effects on both body and mind.
P.S. I reach out to my husband. He came, albeit 10 years later but I’m pretty positive, staying positive helped him get there! :)


Note: The above in no way replaces taking concrete steps and actions to overcome your specific challenge/s. These tips will only but surely cushion the journey.
www.tasneemkagalwalla.com 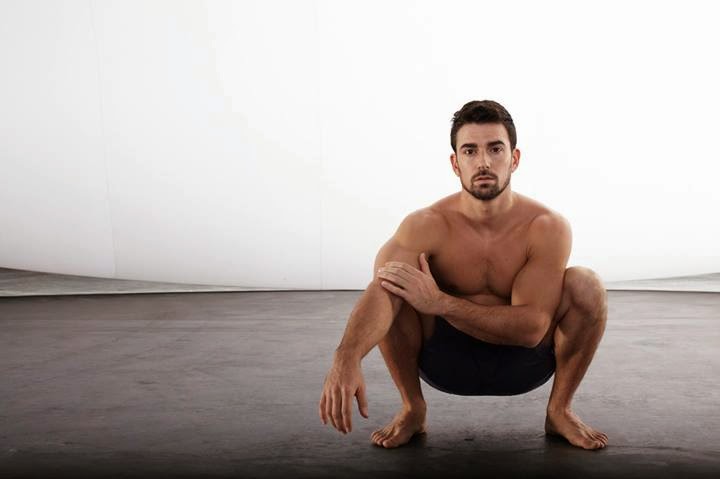 Squatting is the most natural resting position…but so many people simply cannot squat.

It's not surprising that a top health complaint is constipation. Squatting definitely gets you better elimination (aka bowel movement). Before kids are potty-trained, they naturally squat. Guess what we did before indoor plumbing?

This change of sitting position has impacted our health and well-being. Google it and you'll find a load of information but no one really likes talking about it. Like squatting, it seems "uncivilized".


"I've been talking about the importance of the squat for years now. It should be the third most useful human position - just after lying down and standing. Yes, you read me right, the squat should be more abundant than.... seating.  The squat is not just a movement or a tool for getting stronger. It is a RESTING POSITION.

It means: when I get tired from standing - I squat and not vice versa.

The squat has benefits for digestion, mobility, strength development, and movement capacity and can also lead to a lot of freedom - low gate work, exploration, play."

His tip? Set up a timer for 30 minutes each day and aim to squat this amount by the end. Answer your phone, squat. After 3 emails, squat. Waiting for the bus? Squat. Still got time left before bed? Squat.  Do this for 30 consecutive days.

Email ThisBlogThis!Share to TwitterShare to FacebookShare to Pinterest
Labels: Self Improvement

What would you attempt to do if you knew you could not fail?!

This poem has always inspired me when I'm most in need of it.

Sharing the same with y'all.... 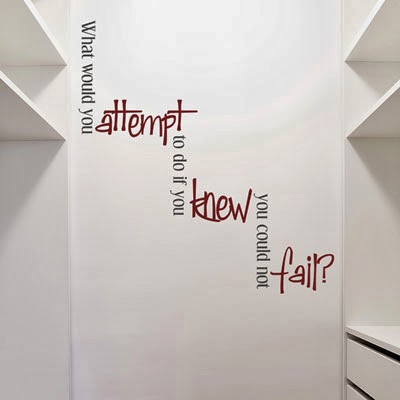 If you want a thing bad enough
To go out and fight for it,
Work day and night for it,
Give up your time and your peace and your sleep for it
If only desire of it
Makes you quite mad enough
Never to tire of it,
Makes you hold all other things tawdry and cheap for it
If life seems all empty and useless without it
And all that you scheme and you dream is about it,
If gladly you'll sweat for it,

Pray with all your strength for it,
Fret for it,

Plan for it,
Lose all your terror of man for it,
If you'll simply go after that thing that you want.
With all your capacity,
Strength and sagacity,
Faith, hope and confidence, stern pertinacity,
If neither cold poverty, famished and gaunt,
Nor sickness nor pain
Of body or brain
Can turn you away from the thing that you want,
If dogged and grim you besiege and beset it,
You'll get it!
~ Berton Braley
Berton Braley (1882 -1966) was an America poet who expressed the benevolent American sense of life through rhyme and verse. His poems romanticize the heroic, great, and industrious in man.
Posted by Tasneem K at 2:58 PM No comments:


Has anyone ever told you that you overreacted to a situation but you did not agree? Have you ever lost your cool and regretted your words/actions at a later stage? Are you short tempered and find it very difficult to control your outbursts? Have you ever set goals for yourself and not achieved them? Have you ever missed out on events; family gathering or get-together’s with friends because of negative emotions?
We often drag negative emotions (like anger, sadness, fear, hurt or guilt) through life and those have a direct impact on your everyday life and ambitions.
Now, imagine if you could ‘create your future’ with no emotional baggage attached to it. Time Line Therapy ™ gives you just that! The opportunity to remove negative emotions, limiting decisions (beliefs) and focus on creating a compelling future; the way you want it.
TLT™ is a therapeutic reprogramming process in which a series of techniques are used to bring about changes at the subconscious level in order to alter behavior. It is a proven fact that our unconscious mind is the source of all learning, behavior and change. One of the many advantages of TLT™ is that it enables the client to release and clear gestalts or (chains) of an emotion rather than one at a time as most other emotional release techniques do. For example, if the client has anger issues, TLT™ facilitates the releasing and clearing ALL anger from the past and not just the anger attached to a particular event. In other words the anger is released from its roots. Some people get confused that the memories itself are cleared. It is only the negative emotions attached to the memories that are cleared in TLT™. Memories are our history and it is not ecological or appropriate to clear them.
It surely is one of the most powerful procedures for accelerating human change and achieving more.


Resign from the past. Design your present. Align your future.
www.tasneemkagalwalla.com

Email ThisBlogThis!Share to TwitterShare to FacebookShare to Pinterest
Labels: Self Improvement

A quick antidote for a bad day – watch it!


Is it one of those days when you feel like calling it quits?!
Here’s some balm for the soul... a quick ‘pick me up!’

What’s on your mind?!

Visualization - A powerful success tool!
“Imagination is everything. It is the preview of life’s coming attractions.” Albert Einstein
The mind is a very powerful thing. Amongst the number of unfathomable tasks it performs it also has the unique ability to imagine. These mental rehearsals can have a powerful impact on our beliefs, behaviors and state.
They say a picture is worth a 1000 words. In the same way using the power of visualization helps vividly articulate your goals and desired results thereby manifesting and positively influencing your ability to achieve it.

Visualization – or the act of creating compelling pictures in your mind – may be the most underutilized success tool you possess because it greatly accelerates the realization of your goals. Albeit; ‘visualization works if you work hard. That’s the thing. You cannot visualize and go eat a sandwich,’ says famous actor, Jim Carrey.

Logically, visualizing activates your reticular activating system. (Ref: http://reticularactivatingsystem.org/ ) In other words, it simply tells you what to pay attention to. When you perform any task in real life, researchers have found your brain uses the same identical processes it would use if you were only vividly visualizing that activity. In other words your brain sees no difference whatsoever between visualizing something and actually doing it.

Go on; get into the drivers seat of your life and spend some time every day visualizing another detail of your perfect future ahead.


"Stories have power.
They delight, enchant, touch, teach, recall,
inspire, motivate, challange. ...
They help us understand.
They imprint a picture on our minds.
Want to raise an issue?
Find solutions?
Make connections?
Tell a story."

Most likely a metaphor or a story contains more than one message or interpretation. Listeners may have slightly different interpretations yet the gist of the message received will be imprinted upon the memory. The brain sees and interprets pictures. Metaphors are a wonderful way of helping the brain to create large, colorful images. And if the story teller varies pitch and tone and evokes strong feelings in their audience, then he/she is surely more effective. By bringing into play more of the listeners senses (seeing, hearing, feeling) the picture becomes a deeper and more vivid representation.

Go ahead; tell me your story….
www.tasneemkagalwalla.com
Posted by Tasneem K at 11:05 AM No comments: